Minecraft vs Roblox: Which game is the best choice for your child? 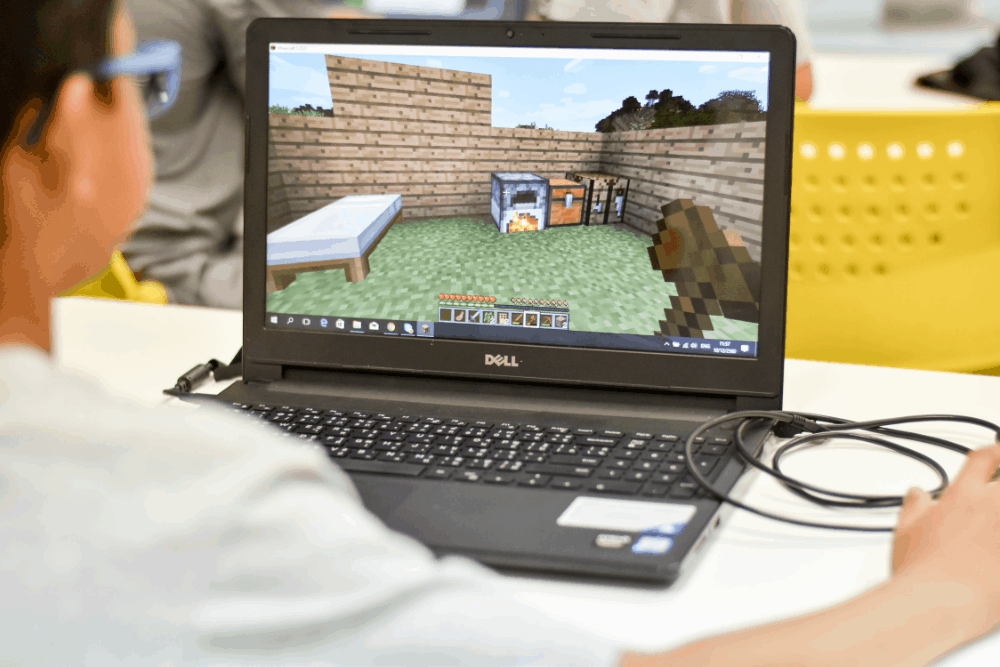 It’s no secret that kids love to play video games. Minecraft and Roblox are the world’s most popular online games for kids. As parents, we tend to worry about the time our kids spend playing these games and the benefit they gain. The good news is there is mounting evidence that video games are good for kids and provide value well beyond entertainment.

Technology has advanced in recent years that has enabled the creation of online worlds and communities for kids to explore, design and share. In particular, a sector of games known as “sandbox games” help promote creativity and teach kids self-direction, critical thinking and problem-solving skills. Instead of focusing on linear game play and the need to pass levels, sandbox games let players freely explore and create worlds.

Minecraft and Roblox are the world’s leading sandbox video games. As a parent, you’ll want to know which one is better for your child to play. While these games have a lot in common, they also have distinct differences that can help you decide. Here is a look at Roblox and Minecraft, including similarities and differences to help you decide which one is right for your child.

Minecraft is a computer video game where players explore a 3D world made from blocks. While it is a 3D game, the block structure gives it a very basic graphics type of look. While this may seem like a detriment, it actually is an advantage. It makes the game less stressful to render on computers and kids like the older graphics style.

Minecraft is a sandbox game, meaning that there is not a defined required storyline to complete and everything is unlocked at the start of the game. There isn’t anything that your child has to do to move the game along. Instead, they can build and explore freely using everything in the game from the start. The exception to this is anything that is a purchasable upgrade or that requires a specific event in the game. However, you can take advantage of upgrades from the start without having to go through another part of the storyline first.

Roblox is a newer version of a sandbox game, more akin to a gaming platform. In essence, it is a collection of games that are built on the Roblox platform. Roblox itself isn’t the game, it’s just the system that facilitates the other games. Players create a character and choose which game they want to play with that character.

Roblox takes a different approach to graphics in that it mixes lower-quality designs with higher-resolution elements, but it has more of a LEGO vibe. Even the player characters look like LEGO people, but with a higher degree of graphics development. Roblox lets players travel and interact with things in the world, creating communities, and developing their own ideas.

The games in Roblox are all made by players, with moderation and oversight by the Roblox development team. New games are added constantly and players can make their own games if they want to. In short, your child can try a game to experience what other players experienced or create a game of their own for other players to enjoy.

Similarities Between Minecraft and Roblox

Minecraft and Roblox both use the sandbox concept to develop their games. This means that players build and use their imaginations to create a world within the game as opposed to competing with other players or trying to get through levels of play with a certain number of collected items or points. There is not a set storyline to either game, but there are in-world events that they can participate in to get valuable items or share experiences with other players.

Both games focus on individualized experiences that make things interesting. With an open-world mechanic, players are free to explore almost unrestricted.

Differences Between Minecraft and Roblox

The biggest difference between Roblox and Minecraft is their structure. Minecraft is a self-contained game where players create the world by manipulating blocks while Roblox is a system that gives you access to other games. This makes Minecraft more predictable in terms of content. Everyone is playing with the same basic content while Roblox players have an entirely different experience from the start based on their choice of game.

Where the mods come from is one of the major differences between Minecraft and Roblox. Minecraft is updated with mods made by the core development team. In Roblox, each game is developed by another player. Minecraft’s mods are designed to adjust the experience that users are having while mods in Roblox change the experience entirely.

Another important difference to remember is the cost of each game. Minecraft is the best-selling video game of all time and you have to buy the game to play. It starts at $30 for the basic pack or you can get the advanced pack with more add-on features for $50. Roblox is free to start playing and anyone over the age limit can register on their own. However, Roblox and Minecraft both sell in-game extras and out-of-game merchandise as a means of generating money.

The big advantage of Minecraft is the organizational and development structure. The game is continuously developed by a team of professional developers and content creators. This means that all of the mods and updates have to pass the company’s quality standards. Not only is the game a consistently high quality, parents don’t have to worry about inappropriate content or content that is generally of a poor quality.

Minecraft also lets your child fully explore engineering concepts through construction and world-building. There are virtually no limits to what players can build in Minecraft if done on an appropriate scale. That means that your child can practice creative and critical thinking skills while constructing new parts of the world.

For example, a lot of players like to build lavish houses for themselves. It can be fun to build a house, but players must be careful or they will create problems that make the house unusable. The depth of the creations that people have come up with is awe-inspiring, especially when you consider that nearly every object in the game is some variation of a block.

Perhaps one of the more compelling advantages of Minecraft from a parent perspective is that it is mostly a solo game. There are ways to communicate with other players, but they are not necessary. That means parents do not have to worry about who their kids interact with online. Parents can let their kids build in peace just like any other single-player game.

Perhaps the single most notable advantage of Roblox is that it is free to play. Anyone can start playing and try the game without an additional cost. This makes it more accessible to new game players. Roblox also has the advantage of developing new content continuously. New game modules are being added every day thanks to the game community of builders.

The potential to let your child craft an experience for other players is unique to Roblox. This feature makes Roblox similar to being a game developer, which can be a good way to explore a possible future as a developer or content creator. Similarly, being able to experience games that others have crafted for the platform helps build a stronger community and a chance for your child to experience and review other people’s work.

Roblox uses a more detailed coding system that actually involves creating code for the game. Because of this, many young people are creating new content to practice coding. Some have even begun to turn their Roblox development efforts into viable businesses making thousands of dollars. If your child is interested in learning to code as a career, Roblox may be a better platform for them than Minecraft.

How to Select the Right Program For Your Child

Choosing the right program depends on a variety of factors, but can be summed up into several decisions:

Your choice of platform depends on which of these options you choose. If you’re concerned with who your child interacts with online, Minecraft is a better choice. While Roblox actively polices its content and forums, that does not mean they can guarantee an experience that is free of content problems.

If you don’t want to invest any money upfront for your child to try the game, Roblox is your best choice. However, your child will need to learn more about coding to create new content for Roblox, which can be a good thing or a hindrance to fully enjoying the game.

If you don’t mind investing upfront for a single-player game, then Minecraft is the better option. There are plenty of ways to upgrade later and you don’t have the same community content issues. However, your child won’t have access to a more detailed coding system, so they won’t learn that as a real-world skill.

Whichever option you choose, Roblox and Minecraft can be effective ways of learning game design and coding skills. At KidzToPros’ Minecraft and Roblox camps, kids not only learn how to design and build in both worlds, they also learn critical thinking and problem-solving skills. Creativity and innovation are also strongly emphasized in KidzToPros camps.

For older children interested in Fortnite and other esports, check out How Esports help kids develop teamwork, strategic thinking and sportsmanship skills.

Review all KidzToPros online and on-campus STEM, Arts & Sports program to discover other programs that will inspire your child’s creativity and innovation, and get them physically active.

Digital Literacy: What It Is & Why It’s Important for Kids

Today’s students get continually bombarded with digital information. They’re exposed to a mass of data almost from the moment they’re born. It comes at them from all angles: apps, games, music, videos, etc. But it’s Read more…

Kids see the world honestly through an unbiased, unfiltered lens. Without a lifetime of experience, they lack the frame of reference to understand or apply what they see. However, by learning to express themselves through Read more…