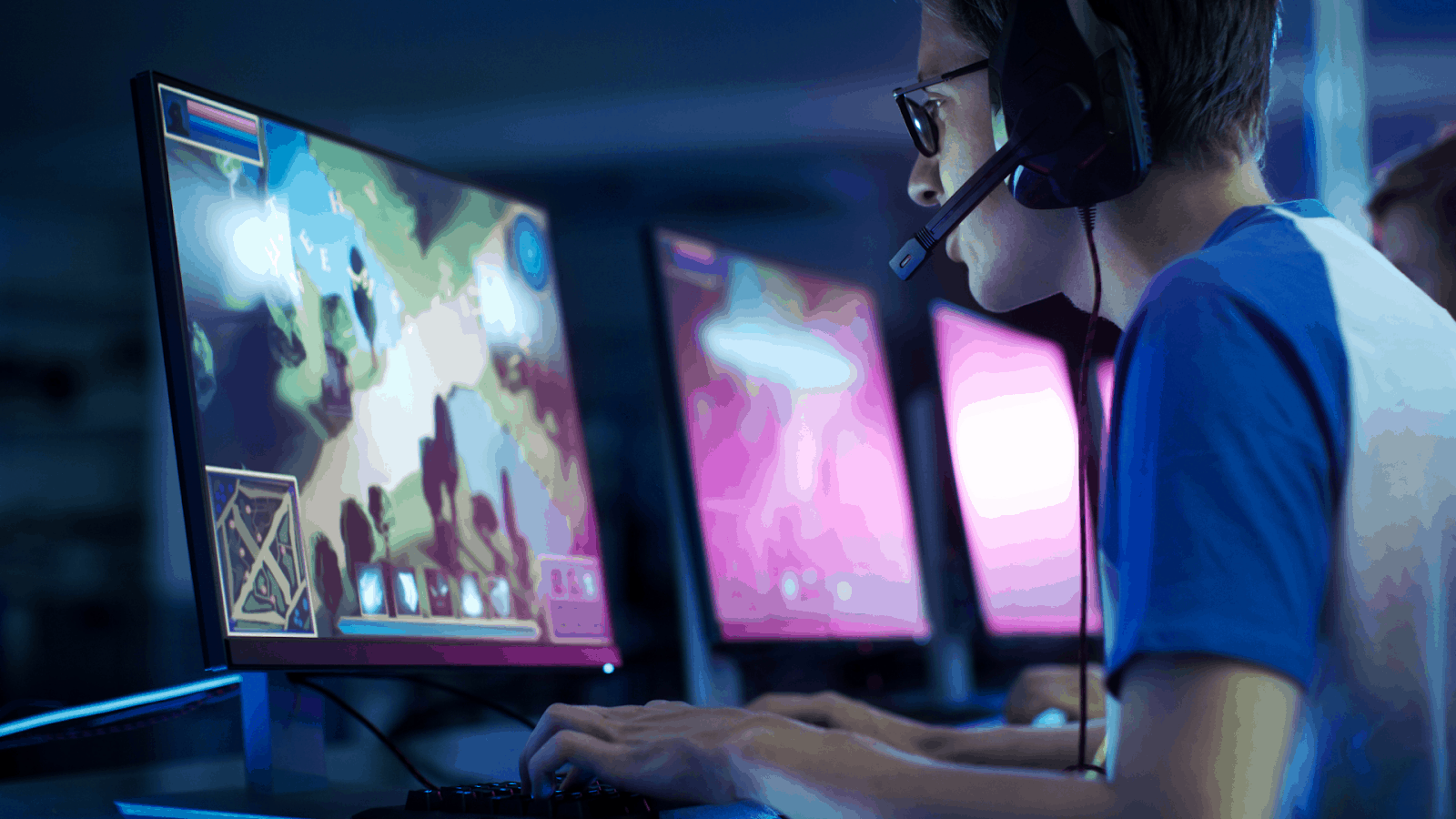 When Fortnite took pop culture by storm a few years ago (you’ve probably even seen your child practicing some of their own Fortnite dance moves around the house), many viewed it as a silly gaming trend.

And when parents see their teen spending hours running around the fantasy world of League of Legends as characters that resemble cats, giants, robots and more, many consider it just an interesting hobby.

Yet, Fortnite, League of Legends and other video games are experiencing an incredible surge in popularity, and they’re not likely to go away anytime soon. Millions of people from around the world play the games, leading to the creation of a competitive and organized scene called Esports. The games have become so ingrained in pop culture that some experts predict that Esports will soon become a common educational offering — and that’s actually not a bad idea.

Studies and anecdotal evidence are finding that participation in video games, particularly competitive Esports, helps kids with collaboration, strategic thinking and sportsmanship. The development of those skills increases kid’s self-confidence, which leads to better academic outcomes.

More than 90 percent of American teens play video games on a gaming console or cell phone, according to a Pew Research Center survey. Rather than grumbling about “kids these days” and how video games are a waste of time, maybe it is time for parents to shift their approach to video games and embrace the benefits they offer.

Esports are video games played online with other players  in a competitive and organized manner.

The concept of Esports began when some video games became so popular that they started attracting crowds of thousands — and then millions — of spectators to watch both in-person and via a live online stream of gameplay. Advertisers caught on quickly, bolstering the industry into one that records more than $1 billion in revenue each year.

Just as in traditional sports, the world of Esports includes professional players making seven-figure salaries and major tournaments played out in some of the world’s largest arenas.

What are some of the most popular Esports?

League of Legends is a team-based strategy game in which two teams of five champions face off to destroy the other’s base. Players can choose from more than 140 characters that each contribute different abilities to the team. Players collect gold throughout the match by destroying enemies or other objects in order to buy important items including health points, strength and speed.

Based in the future, Overwatch is an online game in which two teams of six players attempt to complete different tasks or gain control of a territory. Players can choose from a diverse cast of characters — all heroes in their own sense — that are bright and cartoonish. Each character comes with a unique set of skills and a detailed backstory.

Fortnite is a free multiplayer online game in which up to 100 players fight to be the last person standing. Players enter the game at the same time and can explore a map to collect weapons, build shelters and avoid other players. Fortnite is considered a better choice for kids than other popular shooter games because the cartoon-style design does not include blood or gore.

What are the benefits of Esports?

Educators have long known that student participation in extracurricular activities boosts student success. Students who participate in sports or clubs at school miss less school, graduate at a higher rate and engage in fewer harmful behaviors like drinking and smoking.

Studies are now showing that video games, when offered as an extracurricular activity or played outside of school, offer the same benefits as more traditional after-school activities.

In addition to academic benefits, kids are finding financial perks to competitive gaming. According to the National Association of Collegiate Esports, more than 100 colleges and universities across the nation offer about $16 million in scholarships per year for their varsity Esports teams.

More than 3,100 schools and 100,000 students participate in the High School Esports League, with more joining every day. Below are a few of the reasons why esports are gaining in popularity, starting as early as middle school:

Traditional extracurricular sports are not always accessible to all students. Sometimes students are too introverted to even consider trying out for the team. Other students may not physically be able to participate or compete on the playing field.

Esports offer another avenue for kids to explore their passions and grow their skills, as well as their confidence.

Organized sports have been a highlight of the school social experience for decades, while gamers have in the past felt like outcasts.

When middle and high schools offer an organized Esports program, passionate gamers learn that they are accepted and respected members of the school community.

Video games also play an important role in the creation and maintenance of teen friendships, which means Esports can help students develop a network of peer support.

The ability to work as part of a team is necessary to succeed in many environments, from college courses to professional jobs.

Most Esports are played as a team, meaning that every game requires students to work collaboratively with their teammates to accomplish a shared goal. Students learn that strong communication skills often lead to the win in the game.

Especially as they have entered the mainstream of culture, Esports have developed a strict code of conduct that demands good manners and respect from all players involved in a game.

Players may not be able to shake hands after a match, but they’re still expected to win and lose with grace.

According to the Harvard Business Review, strategic thinkers are among the most highly effective leaders.

Esports are a great way to develop those skills; in fact, games like League of Legends and Overwatch are often referred to as “strategy games.”

The online games require players to analyze and respond to the constantly changing conditions of play and map out a game plan to achieve victory. The sometimes rapid pace of the games requires players to make quick decisions. Those decision-making and other critical-thinking skills can be applied outside of the game.

How to get a start or improve your game

Because of the level of strategy involved in Esports, many players have looked to professional coaches to help them improve their gameplay and better understand the rules of the game.

KidzToPros, a trusted educational provider that has offered more than 1 million hours of enrichment to 30,000 kids, now offers live Esports coaching. The coaching, conducted virtually, is available for kids in Grades 4-8 in two of the most popular competitive games: League of Legends and Fortnite.

Students receive live instruction and feedback from an expert player and receive instant feedback and strategy advice. Classes include up to eight students to allow for both socialization and personalized instruction.

In each Esports course, students will learn the advanced strategies and mindsets of a competitive player and challenge themselves to grow in game-specific abilities.

To learn more about competitive Esports coaching and other After-School Programs, visit the KidzToPros website.

Kids see the world honestly through an unbiased, unfiltered lens. Without a lifetime of experience, they lack the frame of reference to understand or apply what they see. However, by learning to express themselves through Read more…

Children’s brains constantly absorb and process information. To do that effectively, they need critical thinking skills to help them analyze what they’re learning and make sense of it all. But did you know that this Read more…

Why Performing Arts Programs Are So Popular

Performing artists use their bodies or voices to express themselves, often in beautiful fashion. Whether creating and performing music, dancing or acting out drama, these entertainers provide audiences time away from their busy lives. Children Read more…