The Importance of Lego Robotics | Benefits of Lego Education in Teaching 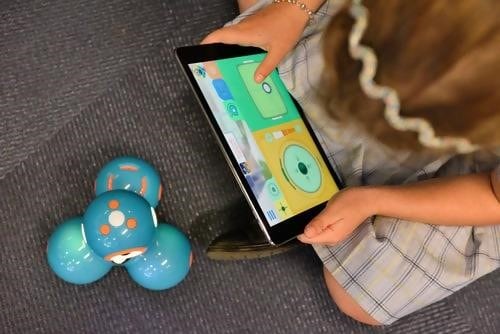 The Importance of Lego Robotics: Over the years, Robotics has become increasingly prevalent in our world due to the increased demand for technology in different fields, particularly the military and law enforcement as many are used to detect and disarm bombs and other explosives, a job considered far too dangerous for a human being to do on their own. Robots themselves are essentially a mechanical device with either limbs or wheels that are programmed with specific instructions but can sometimes be controlled remotely.

They have a processing unit as well as motors and actuators which help the limbs or wheels move and do as they are programmed to do. Some robots may speak words on command, (such as Alexa or Google Home), some may flashlights, and some may simply make sounds.

The main purpose of Robotics is of course to do jobs that may be too dangerous or too difficult for human beings to perform, however, a sub-purpose is to create more jobs and career paths within the tech world as the demand for robotics rises. Robotics has become a rising star in the tech world and has added convenience where we need it most; however, they have not all received a positive reputation.

The benefits of learning about Robotics is that we can learn and understand how they work and what they can and cannot do to demystify the complexity of the technology itself. Some fear that robots will replace human workers within the next few decades while others see them as “Killer robots” but this is hardly the case. In fact, robotics can be an educational tool for our future generations as they prepare for a new type of workforce.

Robotics involves the use of mathematics, science, and engineering and for children, it is just the sort of hands-on activity that not only aids them in their understanding of the three previously mentioned subjects but can also help them in several other aspects of life in the long-term.

The Benefits of Lego Robotics

There are massive benefits for children and teens when it comes to learning and actively participating in Lego Robotics. Some of these benefits include:

STEM lessons are exceedingly important now more than ever as students prepare for the workforce of the 21st century. In Robotics, students learn more than just coding, they also learn and hone essential skills they will need later in life such as leadership skills as well as community involvement, communication between platforms and with others as well as listening skills to better solve problems and to think critically in order to handle a real-life situation such as car trouble, a break-up, a medical situation, or even figuring out how to unclog the sink.

Many schools and organizations compete regionally and even nationally in Lego Robotics which can also have positive effects on school-age kids. The competitions teach children at a young age that sometimes one wins and sometimes one fails but it doesn’t mean one stops trying. They also have the opportunity to meet new people, make new friends and memories they can carry on throughout their childhood and for the rest of their lives.

Kids who participate in Lego Robotics learn STEM (Science, Technology, Engineering, Mathematics), and able to learn how things work together to create a moving, sometimes talking machine that can follow specific instructions. They learn how to work together with their peers as a team and to understand most groups and throughout life, everyone has a role that serves the same purpose whether it’s a success in their endeavor, success as a family unit, or in relationships.

Based on the information mentioned above, there is a large demand and good reason to get children interested in Lego Robotics or to at least expose them to the activity. The long-lasting effects of being involved in a technology-based group activity will not only strengthen their skill-sets for later years when they seek employment, but will also manufacture self-confidence in their abilities, realization of their passions, and will bring about a new wave of technological advancements for the enhancement of our society in future decades as new generations become involved in the concepts.

Finally, while involved in Robotics, kids learn where their passions lie whether it be building a machine they can control, organizing the plans, designing the robot, or simply keeping everyone on track and ensuring a smooth operation; kids learn the essential life skills as well as a new skill set to take with them through adulthood, even if it entails fixing their own computer or understanding the machinations of their own motor vehicle.

They create long-lasting connections with others including schoolmates also involved in the project, teachers and other adult figures in their lives and any friends they may make along the way.  They build confidence in their own abilities and learn trust through hard work and working with others on a team. STEM is the base of Lego Robotics but it is the creativity and hard work of a child that makes it all worthwhile as they bring it all together like a delicious recipe.

Digital Literacy: What It Is & Why It’s Important for Kids

Today’s students get continually bombarded with digital information. They’re exposed to a mass of data almost from the moment they’re born. It comes at them from all angles: apps, games, music, videos, etc. But it’s Read more…

Holiday breaks can be exciting, maddening and fun – all at the same time. With kids out of school on extended breaks and parents working or taking only a few days off, it can be Read more…